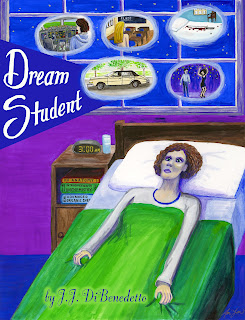 Dream Student
What would you do if you could see other people’s dreams?  If you could watch their hidden fantasies and uncover their deepest, darkest secrets…without them ever knowing?
Sara Barnes is about to find out.  She thought that all she had to worry about was final exams, Christmas shopping and deciding whether she likes the cute freshman in the next dorm who’s got a crush on her.
But when she starts seeing dreams that aren’t hers, she learns more than she ever wanted to know about her friends, her classmates…and a strange, terrifying man whose dreams could get Sara killed.
“Dream Student” is the thrilling first instalment of the Dreams series. 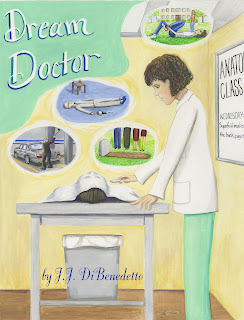 Dream Doctor
“I didn’t expect to be woken up by someone I don’t know dreaming about killing somebody.  I thought I was done with that once and for all…”
But Sara’s not done with it.  As if adjusting to life as a newlywed and starting medical school weren’t difficult enough, she’s started seeing the dreams of everyone around her, again.  Before everything is said and done, those dreams might destroy Sara’s hopes of becoming a doctor, wreck her marriage and even end her life…
“Dream Doctor” is the thrilling second novel in the Dreams series. 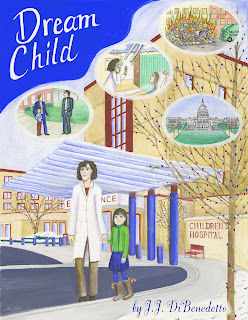 Dream Child
"I would give anything to take this away from her.  I would gladly go back to having the nightmares myself – the very worst ones, the ones that had me waking up screaming in a pool of my own vomit – rather than see Lizzie go through this..."
As a resident at Children's Hospital, Sara can handle ninety hour workweeks, fighting to save her young patients from deadly childhood diseases.  But she's about to be faced with a challenge that all her training and experience haven't prepared her for: her four-year-old daughter has inherited her ability to see other people's dreams...
"Dream Child" is the suspenseful third novel in the "Dreams" series. 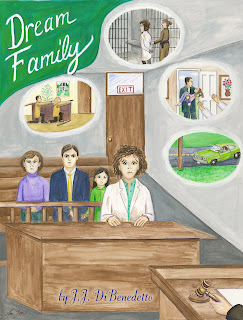 Dream Family
"Why is this so hard for me?  Why am I having so much trouble?  Why do I feel so helpless, so hopeless?  What the hell is wrong with me?"
After tangling with murders and mobsters, not to mention medical school and three years of residency, Sara thought she could handle anything.  And then the police show up without warning at her new office and arrest her for a crime she can't possibly have committed.  Sara's confidence, and her grip on reality, is shattered during one terrifying night in jail.
Now, the very dreams that have endangered her life and driven her to the edge of madness may be the only thing that can help Sara find herself again...
"Dream Family" is the powerful fourth novel in the "Dreams" series.

About the Books:
Sara Barnes (later Sara Alderson, when she’s married) starts out in book 1 as an ordinary college student, until she learns she can see into other people’s dreams.  That’s the basic premise of the series.  The characters who appear in previous books, who also are important in book 4, are:

Book One -
In the first book, in the winter of 1989-90, Sara is a junior in college, planning on going to medical school.  She's a hard worker, shy, no boyfriend, and perfectly ordinary.  But she begins to have strange dreams.  She's not even a character in these dreams - she sees a strange, creepy man assaulting a teenaged girl, the same dream every night.  She doesn't know the man or the girl, but then she sees the girl's picture in the newspaper - she was raped and murdered, her body found on the side of the road.  That's when she realizes, the dreams were the killer's dreams, and she was seeing into his mind.  At the same time, Sara begins seeing other, random dreams of the people around her, friends and others in her dorm.
While this is going on, she's met a guy - a fellow student, Brian, whose dream she's also seen.  He was dreaming of her, and has a major crush on her, and Sara takes the initiative and goes for it with him.  Over the course of the book, her relationship with Brian gets very serious very quickly.  With the help of Brian, and also her roommate and best friend Beth, Sara plays detective, using the clues from her dreams, and old-fashioned legwork, to figure out who the killer is.  It turns out he's a former teacher at the college, Dr. Walters.  At the climax of the book, Sara and friends figure out where he lives, and go to his house.  There, they rescue another teenager who Dr. Walters is about to murder.  In a final confrontation with Dr. Walters, Sara and Brian are both injured, but Sara keeps Dr. Walters talking until the police arrive and arrest him, saving the day.  Six months later, Sara sees one last dream - Brian is dreaming about proposing to her.

Book Two -
The second book opens up in the summer of 1991.  Sara has just started her first month of medical school, and she and Brian were just married a couple of months before.  Sara's dreams start up again, and she sees the dreams of several people in the medical school, all of whom are dreaming about the death of one of Sara's teachers, the very unpopular Dr. Morris.  Then that teacher becomes sick, and Sara is convinced he's being poisoned by one of the people dreaming about him.
While trying to survive the rigors of medical school, Sara again has to play detective and figure out which one of the suspects is trying to kill him, and how.  In the end, Sara discovers that it's his secretary, Maureen Jackson, who's been having a long-term affair with Dr. Morris.  Sara confronts Maureen in Dr. Morris' hospital room, and in a desperate struggle, she manages to stop Maureen from finishing the job and killing her lover.  Several months later, with the dreams once again behind her, Sara gets good news - she's pregnant.

Book Three -
The third book jumps ahead to the winter of 1996.  Sara finished medical school and now she's in her second year of residency at Children's Hospital of Philadelphia.  Her daughter is about to turn four, and she's just given birth to twins a couple of months ago.  On a trip to Washington, DC for a medical conference, Sara and her very precocious daughter, Lizzie, run into the wife and son of her Congressman, and make fast friends with them.  That night, Sara learns that Lizzie shares her talent for dreaming - Lizzie sees the Congressman's son dreaming.  In the dream, the Congressman is being blackmailed by a "big, scary man with a big black car."  Over the course of the book, Sara investigates and discovers that the scary man is a powerful mob boss, Paul Sorrentino.  He's also the father of one of Sara's patients at the hospital.

After some investigation, Sara learns that the mobster is blackmailing the Congressman in order to get a toxic incinerator built, bypassing all the rules and regulations that ought to prevent it.  In the end, Sara confronts the Congressman, and ends up punching him out before he can go back to Washington to carry out the mobster's orders.  She then confronts the mobster in his own house, and Sara forces him to back down, convincing him of all the innocent people that will be harmed or killed if the project goes forward.  Between her powerful argument, and the fact that she's been so forceful in standing up to him at the hospital when treating his daughter, the mobster is impressed by Sara and gives in to her demands.  The book ends a few days later with the revelation that it's not just Sara's daughter who can see dreams, but her mother learns she has the same talent.

Author Bio:
J.J. (James) DiBenedetto was born in Yonkers, New York. He attended Case Western Reserve University, where as his classmates can attest, he was a complete nerd. Very little has changed since then.
He currently lives in Arlington, Virginia with his beautiful wife and their cat (who has thoroughly trained them both). When he's not writing, James works in the direct marketing field, enjoys the opera, photography and the New York Giants, among other interests.
The "Dreams" series is James' first published work. 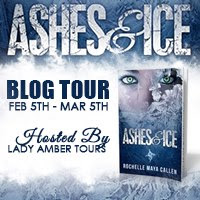 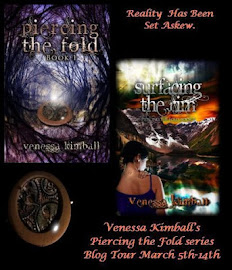 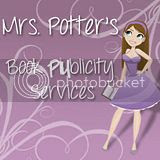 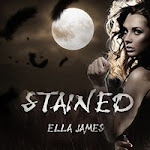